The 2022 Goroka Show is set for September 17th to 18th in Goroka Town, Eastern Highlands Province.

The ‘Goroka Show’ is a significant cultural event in the Highlands region of Papua New Guinea (PNG).  It is also the longest running annual cultural festival in Papua New Guinea drawing thousands of tourists to the country every year in September during the week of the nation's Independence Day celebrations.

Over a hundred tribes from all over Papua New Guinea will participate in the event performing extraordinary 'singsings' in a riotous display of colour and sound.

The staging of the Goroka Show began in 1957 and was first introduced and organized by Australian patrol officers known locally as 'kiaps'. 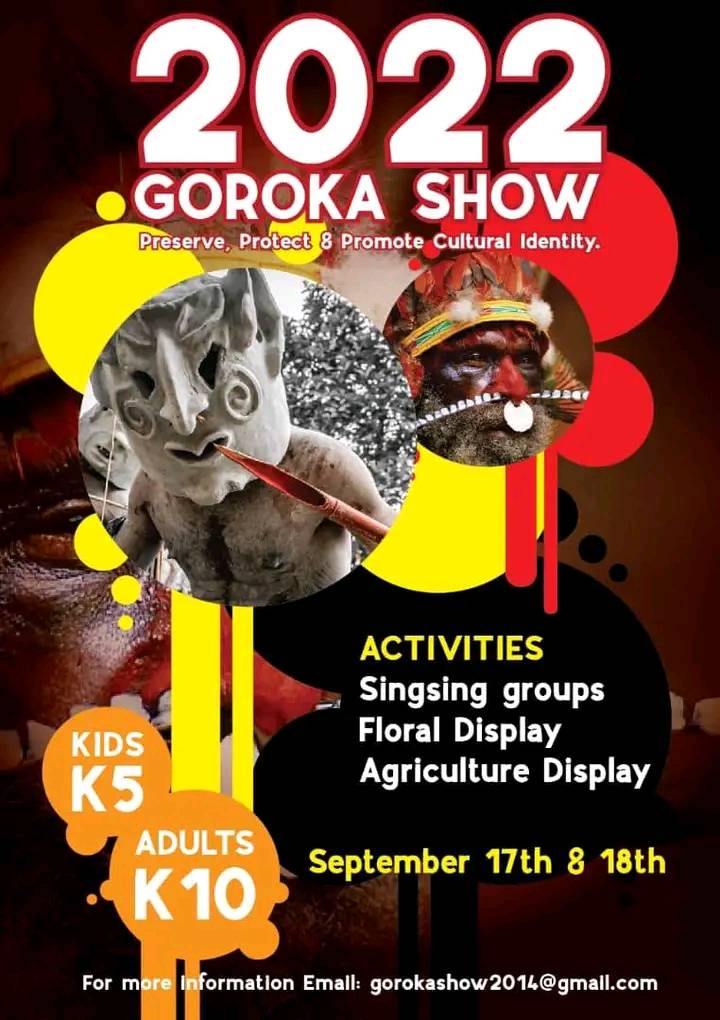 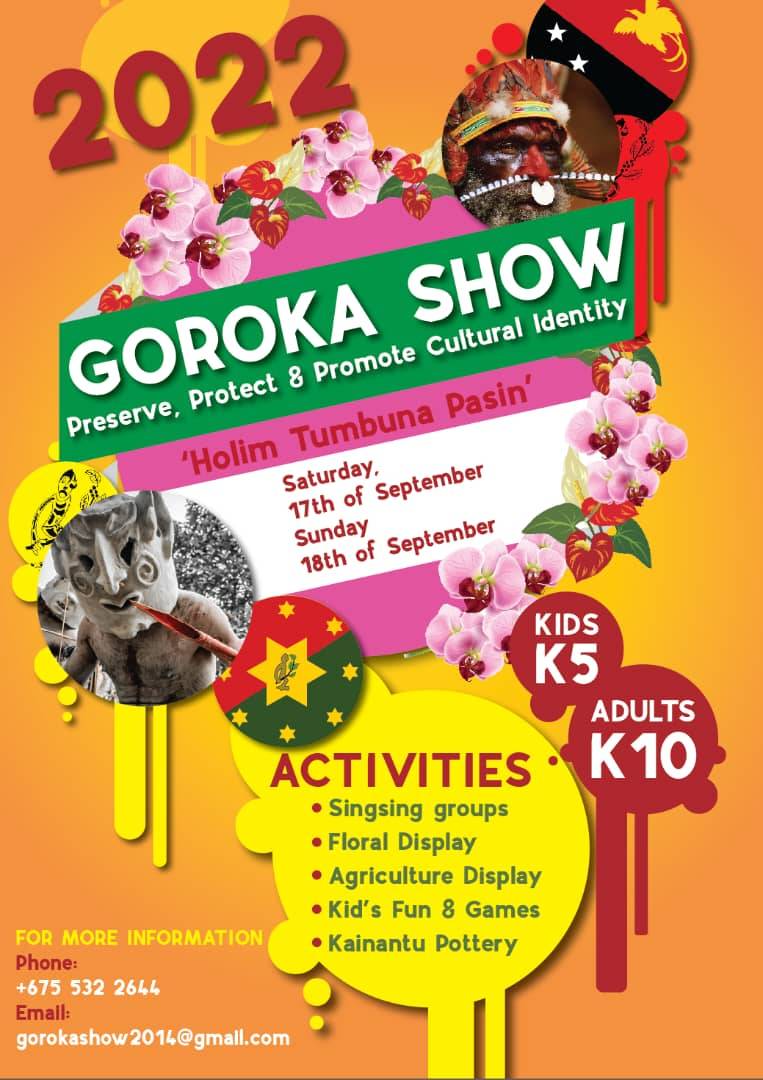